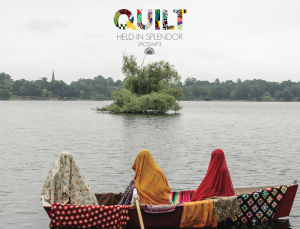 With Held In Splendor, Boston trio Quilt modernize their early-seventies psych-pop sound with contemporary production. The influence of Revolver-era Beatles and Rumours/Tusk-era Fleetwood Mac are still readily apparent throughout but with layer upon layer of vocal effects, guitar pedals and droning loops, it is impossible to mistake Held In Splendor as anything but a thoroughly modern creation.

Across 13 tracks and 40-plus minutes there is not a down moment. “Arctic Sharks” opens the record with Anna Rochinski’s breathy vocal riding a middle-easternized, country-tinged rhythm. “Tied Up In Tides” sounds like a tripped out Abba tune with the cheese-pop trimmed off by Hammond-sounding organs. “Mary Mountain” and “Tired & Buttered” crank up the psych-rock with their fuzzed out girl/guy harmonies and tinny, distorted, clanging guitars. “I Sleep In Nature” is a 5-plus minute mind-journey that comes in waves. Warbling affected vocals and tempo changes throw the excursion off balance – like experiencing the song from the deck of a keening ship.

Experience New England’s psych-rock revival for yourself when Quilt returns for a homecoming show at Allston’s Great Scott on March 1. 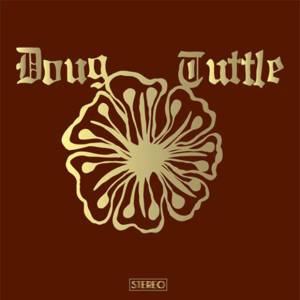 I have been singing the praises of Doug Tuttle‘s former band, MMOSS, for a couple of years now. I’m glad that the first I Iearned of their break-up was when I read the press release announcing his first, self-titled solo effort.  I would have been heartbroken to think that I might never hear new music from the most inventive purveyors of psychedelic rock in New England in damn near 40 years.

Tuttle maintains the signature west coast hippie-ness that he was associated with in MMOSS but here he sheds the darker, Jefferson Airplane-ish leanings adding instead hints of sunnier, California psychedelia a la The Byrds.

The record is a master class in the psych-rock traditions of every generation since the sixties. There’s the aforementioned influence of The Byrds all over the record but it’s interspersed with blistering Neil Young-worthy guitar solos (“Turn This Love”), the nineties wackiness of Olivia Tremor Control (“When You Plant Your Love… Is Where It Grows”), and freak-rock excursions that could be outtakes from The Beatles‘ Magical Mystery Tour (“Lasting Away”, “Sewn Day”). 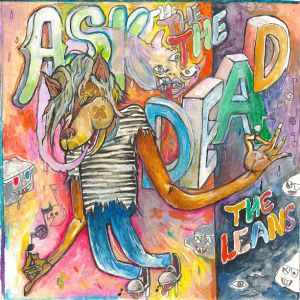 Rhode Island’s own Ask the Dead return with their self-released sophomore EP, The Leans. The title track opens the EP with squelchy noise guitar barks straight out of the Fugazi play-book. But make no mistake, Ask the Dead are still a hardcore band at heart. They’ve simply found a way to showcase their artier leanings and highlight their musicianship.

“Stockholm Syndrome” indulges that musicianship with a mid-song guitar breakdown which brings to mind the synth intro to “Baba O’Reilly” as interpreted by The Edge. “All Fall Down” brings back the hardcore, sounding like something resurrected from guitarist/vocalist Alan Hague’s days with Prayers For Atheists. “Saturn Devouring His Son” closes the EP in a crunchy fashion — an arty hardcore romp bookended with mosh-worthy stomping instrumentation.

Ask the Dead keep this one short — clocking in at 13 minutes — but in that brief time they reveal themselves as a gang of hardcore punks with an itch to explore realms well beyond the institutionalized tropes of that genre.