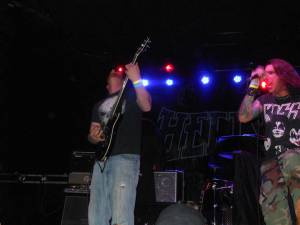 Recently, Midday Records began an Artist Development & Management division and one of the first bands we started working with were Pistol Shot Gypsy. For the uninitiated, Pistol Shot Gypsy are New England rock legends and have been tearing up the scene for many years now. Their brand of straight forward rock has never wavered. They stood steadfast as musical tastes and trends in their native Providence scene traded places at the top. Providence has a rich tapestry of genres and there is room for all types of artists but each genre has had its reign. Whether the scene was dominated by Folk, Americana, Indie, Punk, Hardcore, or even Metal, PSG continued to spread the gospel of unadulterated Rock N’ Roll. 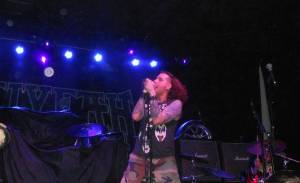 We’ve had our fair share of questions about putting our time and resources into a hard rock act since we are typically known for working with indie and alt acts. Our response is always the same: First, we support all hardworking, independent artists; as evidenced through our Midday Records Presents shows and The Midday Social. Second, we have been absolutely inspired by these guys. Recently, they’ve been faced with relentless obstacles and have conquered each one of them without batting a lash. Around the time we started working with the band they were plagued with internal conflicts, management concerns, booking and promotion issues, and even lineup changes. Lesser bands would have crumbled from the pressure under these circumstances. Instead, they pulled together, made some very tough decisions, and continued to move forward. We’ve seen first hand what PSG is made of. Their resolve is unrestrained. The term being thrown around the Midday camp is PSG 2.0. It’s not the same band, but it’s also not a new band. It’s Pistol Shot Gypsy and they stand stronger than ever. 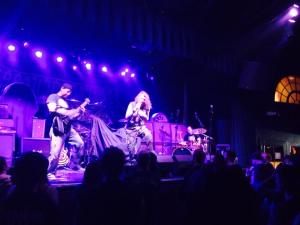 PSG are back where they belong: on the big stages, in front of hundreds, supporting your favorite national acts. They are tearing up venues throughout Providence, Boston, New York City, Philly and they’ll be in many more markets soon. They are also writing and working on new material in the studio for an upcoming EP. Pistol Shot Gypsy are an unstoppable machine and they are simply the best at what they do.

Coinciding with the release of New England Indie Alt Rock – Series VI, the Midday Records “Artist of the Week” is Vary Lumar.

Hailing from Boston, MA, Vary Lumar is an indie electronic band with a lush atmospheric sound. You can downloadtheir track “Hold It Against Me” for FREE. See them live at Radio in Somerville, MA with Arto Vaun, All Echoes Returnand Joe Turner & the Seven Levels on Friday, July 26.
http://www.facebook.com/events/138708186330988/

Our band of the week is Fly Kite Canvas from Portsmouth, Rhode Island. 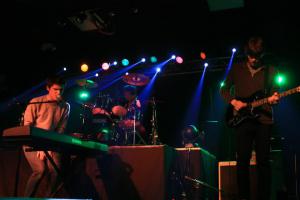 The origins of the band now known as Fly Kite Canvas can be traced back to the fall of 2009. Comprised of friends Chris Cooney (vocals/keyboard), Donald Larson (guitar), Jacob Telford (bass/vocals) and Zack Rego (drums), the band performed under the name Scarlet, and quickly gained a local following with their unique sound and fresh compositions, profoundly mature for a band of such a young age. They remained active for the rest of their high school years, releasing an EP in the summer of 2010, and continuing to win over audiences show after show.

When it came time for college, rather than parting ways, the band stuck together, sacrificing their weekends for practices and gigs. Since then, their dedication has not wavered. Countless hours of writing, practicing, and performing has only strengthened the dynamic of the young quartet.

With a sound that’s as imaginative and colorful as the name its given, Fly Kite Canvas combines powerful, tightly wound instrumentals with passionate vocals, creating songs that are inherently interesting and honest, sure to resonate with any listener. With a brand new release on the way, 2013 looks to be a promising year for this young group of musicians.

When Fly Kite Canvas won the 2013 Rhode Show Big Break Contest. This song was featured in a Cardis’ Furniture commercial that aired during the American Idol finale. It also their first official release under their new name.